As of today, anxiety disorders are one of the most common psychological disorders in the world. According to statistics, about 18% of the population in the United States suffer from anxiety disorders, and most of such people do not receive the needed treatment.

The typical treatment for anxiety is Benzodiazepine tranquilizers. They usually act by binding to the benzodiazepine receptor site on the GABA-A receptors. Benzodiazepines have a pronounced anti-anxiety effect, but they also have significant side effects e.g. drowsiness, muscle relaxation, cognitive impairments, addiction potential.

The following article is a review of the GABAergic drugs that are mostly used in the former Soviet Union and might be a good alternative to benzodiazepines.

Pantogam (Hopantenic acid) is a Vitamin B5 derivative with anxiolytic activity. It is used since 1970’s n several countries as a treatment for epilepsy, developmental delays, anxiety disorders and chronic fatigue. Hopanthenic acid acts by interacting with D2 dopamine, GABA-A, and GABA-B receptors. Moreover, it does have pronounced cholinergic action, thus having a positive effect on cognitive functions.

Pantogam has a novel racemic modification called “Pantogam Active”, which is marketed since 2008. The modified version has more pronounced anxiolytic and anticonvulsant effect because of the different racemic mixture. 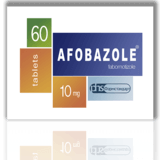 Afobazole (Fabomotizole) is a Russian anxiolytic drug developed in the 2000’s, which was primarily designed and used for anxiety management. Afobazole has a unique mechanism of action. It is not habit-forming since it has no affinity with GABA receptors. However, Fabomotizole restores the sensitivity of GABA receptors to endogenous ligands. Fabomotizole interacts with Melatonin MT1/MT3 receptors, sigma-1 receptors and has been shown to possess neurotrophic properties.

Adaptol (Mebicar) is a urea derivative with anxiolytic and nootropic action that is used in medicine since 1979. The mechanism of action of Mebicar is complex; it appears to have an influence on all major monoamine systems in the brain with moderate cholinergic and anti-excitotoxic effects.

One of the most important properties of Adaptol is its low toxicity. Russian medical journal “Psychiatry” reported a case when a patient with schizophrenia took 80 pills of Adaptol (24 grams) daily for two months in his attempt to self-medicate. His subjective well-being remained unchanged and he showed no symptoms of intoxication after a medical examination.

Grandaxin (Tofisopam) is a benzodiazepine tranquilizer with unique pharmacological atypical for commonly used benzodiazepines. It is used since 1970’s as anxiolytic drug in several countries, mostly Russia and Hungary.

Rather than causing sedation and impairment of cognition, Tofisopam was shown to produce a subtle stimulant effect by increasing the sensitivity of dopamine receptors. It does not bind to benzodiazepine receptors but is able to potentiate the effect of other BZDs.

Phenibut (Beta-Phenyl-GABA) was designed in the 1960’s by Soviet scientist as a non-sedating anxiolytic drug.

Initially, it was used by astronauts; as of today, Phenibut is widely prescribed by Russian doctors for the treatment of anxiety disorders, chronic fatigue, insomnia and alcohol withdrawal syndrome.

Phenibut acts as a GABA-B receptors agonist and is able to increase dopamine levels in the brain. This drug is highly effective for anxiety, however, it may be habit-forming if used irresponsible and is known for its abuse potential.

Picamilon (nicotinoyl GABA) is a derivative of GABA and niacin (Vitamin B3) developed for the needs of Soviet psychiatry.

Unlike GABA itself, Picamilon is able to penetrate the blood-brain-barrier and produce an anxiolytic effect. Besides that, the drug does have nootropic properties and is shown to improve cerebral blood flow and glucose/oxygen uptake by the brain. 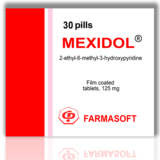 Mexidol (emoxypine succinate) is a Russian antioxidant drug with pronounced nootropic and anxiolytic activity. It is close to pyridoxine (Vitamin B6) by its chemical structure. Since its invention in the 1980’s, Emoxypine is widely used in Russian medicine as a treatment for cerebrovascular disorders, traumatic brain injuries, chronic fatigue, anxiety disorders and alcohol withdrawals. Mexidol is often used recreationally to protect the brain from the toxic effect of alcohol consumption and prevent hangovers.

Although this drug does not bind to GABA receptors, it does increase their sensitivity, thus providing the anxiolytic effect. According to studies, a coadministration of Mexidol with Phenazepam in low therapeutic doses provides the same anxiolytic response as Phenazepam alone in 10x higher dose.

Stresam (Etifoxine) is a benzoxazine derivative with anxiolytic action developed in 1966 in Germany. Currently, it is manufactured in France and is used in over 42 countries across the world, mostly in Russia and South Africa.

Etifoxine provides anxiolytic effect comparable to that of Lorazepam and Diazepam, without causing adverse effects that are typical for benzodiazepines.

Stresam acts by interacting with GABA-A receptors on a different binding site than benzodiazepines. It also stimulates the synthesis of endogenous neurosteroids with anxiolytic activity and does have neurotrophic properties. Etifoxine should be taken with caution as it may cause allergic reactions and can be hepatotoxic.

Phenazepam is a benzodiazepine tranquilizer developed in the 1974 in Soviet Union.

The drug is widely used in post-soviet states. Its pharmacological action, side effects and indications for use are similar to that of other benzodiazepine drugs. Just as other 1,4-BZDs, Phenazepam has addictive potential.

Currently, Phenazepam, Gidazepam, and Tofisopam are the only benzodiazepine derivatives that are not considered as narcotic drugs in Russia.

Gidazepam is a benzodiazepine tranquilizer that is currently used as a mild anxiolytic in Ukraine. It appears to have mild antidepressant effect and less severe side effect compared to other benzodiazepines; thus, Gidazepam the official indications for use include neurasthenia which is uncommon for BZDs.