There are many books about nootropics on Amazon. But very few of them are written by doctors or authors with formal science credentials. CosmicNootropic found a book about nootropics and supplements by a prominent Soviet scientist and doctor Edward Arushanian who is a genuine nootropics expert.

The book was published in 2016. It is called “Medical Improvement of the Cognitive Brain Function”. It is written mainly for students of medical universities and has information regarding various aspects of cognitive brain function.

Following the initiative of translating this book into English, last year we launched the crowd-funding campaign via GoFundMe because we wanted to make it available to read for all the nootropic enthusiasts like ourselves. In April 2022 the crowd-funding was completed 🥳 With your help we have raised 1,761$ out of 2,500$ and the rest was added by CosmicNootropic.

And now we have the first two chapters from the translation agency 👇🏼 There are yet another two ones to come. But we do not want to make you wait any longer. SO HERE THE TRANSLATION OF CHAPTERS 1 & 2 👇🏼

Edward Arushanian is the Doctor of Medicine, Professor, and the current Head of the Pharmacology faculty of the Stavropol State Medical University (Russia) and an acting member of the New York Academy of Sciences (since 1995). Dr Arushanian was granted the Honored Scientist of Russia in 1995 as well as a number of other academic Soviet and Russian awards. His professional interest lies in neuropharmacology and neurophysiology. Dr Arushanian is the author of 855 scientific papers including 27 monographs and about 150 foreign articles, some of them can be found in PubMed. He was the mentor of 9 doctoral theses.

Dr Edward Arushanian was born in 1934 in Vladivostok (Russia) and started his scientific path at the age of 19 at the Pavlov university in Saint-Petersburg. In his younger years, Edward Arushanian worked under the mentorship of Dr Vladimir Zakusov, one of the most prominent medical academicians of the USSR who was the Head of the Zakusov Institute of Pharmacology where Semax, Selank, Noopept, and many other medications were discovered.

After graduating with honors from the Pavlov university Edward Arushanian started his scientific career in a position of medical assistant at the Chita State Academy of Medicine (Chita, Russia) where he rose to the Head of the faculty of Pharmacology. In 1964 Dr Arushanian organized a micro-neurophysiological laboratory which was the first in Siberia at that time. Over 13 years of work in Chita Dr Arushanian developed a strong scientific and professoriate team, his faculty carried out research devoted to the study of physiological and pharmacological features of the basal ganglia of telencephalon with the assistance of colleagues from cross-disciplinary faculties: psychiatrist, neuropathologist, etc.

Together they developed the concept of antipsychotic effect of neuroleptics and new methods of treating Parkinsonism and epilepsy. The materials were presented in international congresses in San-Francisco (1972), Helsinki (1975), and in Paris (1978) at the IV International Congress of Pharmacologists where Dr Arushanian was the main speaker.

In 1983 Dr Arushanian left his high post at Chita university at the summit of his fame and regard and moved to the city of Stavropol to look after his elderly parents. There he was assigned the Head of the Pharmacology faculty of the Stavropol State Medical University.

He had to start over and re-create the faculty: the team, the equipment, the research. Under the leadership of Professor Arushanian, the department launched a set of works to elaborate the unified scientific program “Chronopharmacology“. The task of the research team was to study the dependence of the pharmacological effect on the state of biological rhythms and the effect of drugs on the oscillatory processes in the body.

For the first time, the hypothesis of the chronopharmacological effect of antidepressants was substantiated in experimental conditions. A new point of view on the origin of the anti-anxiety action of anxiolytic drugs was suggested. Chronobiological characteristics of the action of psychomotor stimulants like caffeine and amphetamines were presented.

A lot of research was devoted to elucidating the contribution of the visual analyzer to the psychostimulant effect and the possibility of a direct pharmacological intervention in the function of the photosensitive apparatus of the retina was postulated. The obtained results were included in a complex of works published after 2000.

Dr Arushanian described his relations with science in the following way: “Since my student years, Science has become one of the most exciting pursuits of my life. There is always a place for discovery if you avoid the tick-box approach. A creative insight may lead to big conclusions that give you joy, equal to the joy of creativity in art. This is what prompts me to do Science outside the box.”

What do his students say about their Professor?

Dr Arushanian has respect for the younger. His willingness to listen and delve into go hand in hand with high demands without any discounts for youth or inexperience. Everyone is given the right to think and work on their own, but everyone shall bear full responsibility for their actions.

When I had to make the choice of specialization, I gave preference to pharmacology without any hesitation, largely thanks to the personality of Dr Arushanian.

I am immensely glad that my dear Teacher to whom I owe everything – my interest in science, my successful professional career, my understanding of life – not only continues to work being the country’s leading specialist in the field of chronoIt was important for me to feel his support and paternal guidance during my student years. I felt it even when I moved abroad. I continued and developed his scientific ideas on the other side of the earth.

Heading of the Book about Nootropics

CHAPTER I. SOME PHYSIOLOGICAL ASPECTS OF COGNITIVE PROCESSES 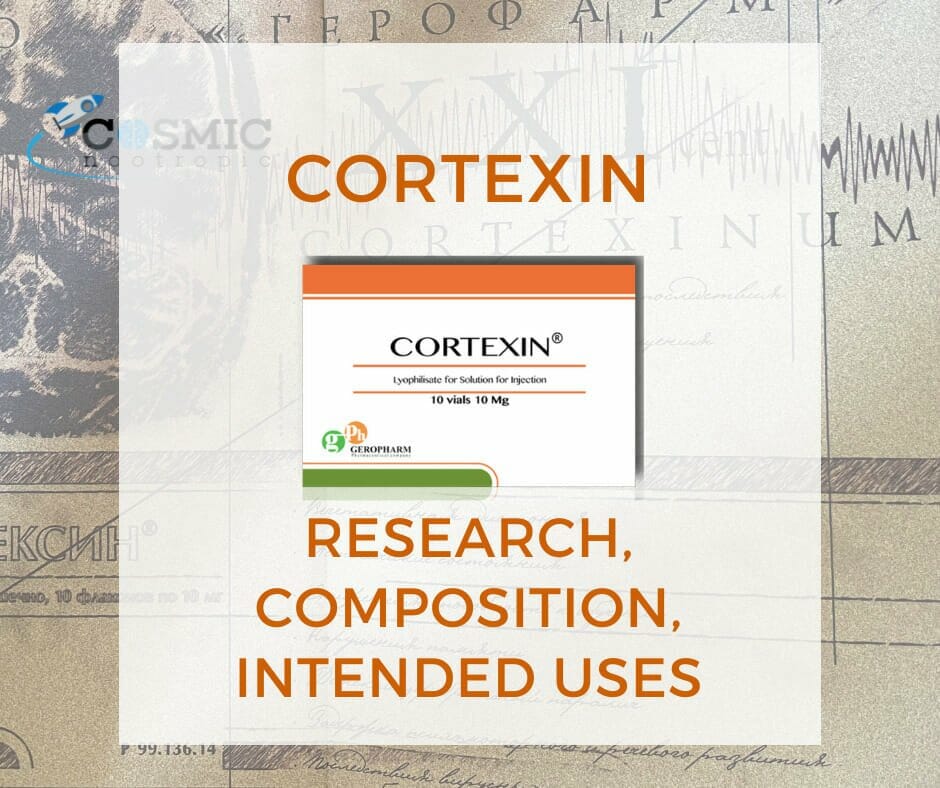 In this article, we once again turn to the Russian literature on nootropic drugs. This time we talk about the book dedicated to Cortexin review. This is a drug from the group of nootropics, a mixture of neuropeptide fractions, amino acids, vitamins, and minerals, obtained from the cerebral cortex of cattle. It has a pronounced but subtle positive effect on the brain.