Clinical Trials of Bemethyl and Bromantane Are Launched in Canada.

As you could notice, we don’t sell Phenotropil itself anymore, but we sell the same substance, [Phenylpiracetam], under the other name. This is because Phenotropil is not produced anymore. For the last three years, the same happened with the other really popular products, such as Metaprot [Bemethyl] and Ladasten [Bromantane].

Bemethyl is a synthetic actoprotector that also has antihypoxant, antioxidant, and antimutagenic properties. The drug was developed in the USSR in the 1970s, and after initial tests on Soviet cosmonauts and soldiers in extreme conditions, the drug was used to improve athletic performance, including preparing the USSR national team for the Olympic Games.

Honestly speaking, we have no idea why this happened. But here are also some good news! The off-label clinical trials of Bemethyl and Bromantane are launched in Canada now. The company which conducts the trials is Algernon Pharmaceuticals Inc, and the goal is approval by the USFDA (Source).

“We are currently planning off-label phase II clinical trials for both drugs and pending the data, the company will begin the process for regulatory approval with the USFDA,” said Christopher J. Moreau, CEO of Algernon. “We also intend to publish our data in a peer-reviewed journal shortly. It is intriguing to think that drugs developed by the Soviet Union during the cold war could end up being viable treatment options for both NASH & CKD on a global scale.” What does it mean? It means, that the preparations can become available for consumers soon.

Anyway, at the moment they are not so easy to find at the corner pharmacy, and we were pretty lucky to manage to get Phenylpiracetam and Bemethyl produced in other countries: ENTROP, produced in Ukraine, and BEMITIL, produced in Belarus, respectively. Check them out! 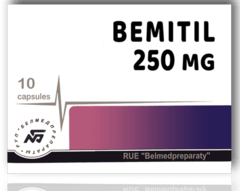 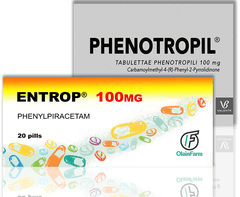