Peptides and Peptide Based Drugs

Peptides are short fragments of proteins of natural or artificial origin, consisting of 2-3 or more amino acid residues linked together by a peptide bond. Some call them “younger brothers” of proteins because generally speaking, these two classes of molecules differ only in size: if a molecule consists of more than 50 amino acid residues, it is a protein, and if less, it’s a peptide. So, by the size of the molecules and their properties, peptides stand between high molecular weight proteins and amino acids. 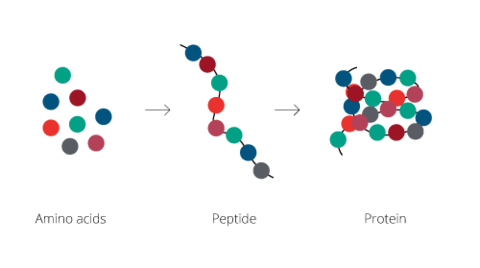 The important thing about peptide drugs is that they have low toxicity and a wide range of possible molecular targets. All the peptides can be divided into two categories: natural peptides and synthetic peptides. Let’s take a closer look.

Natural peptides are usually of animal origin. Below, there is a list of the most famous ones. 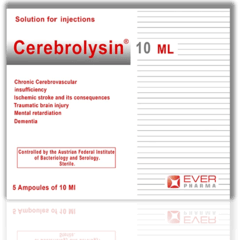 A neurometabolic stimulator based on neuropeptides (20%) and amino acids (80%) isolated from pig brain tissue.

Unlike the majority of peptide drugs, Cerebrolysin has all the amino acids which compose the central nervous system; this can explain many additional positive properties of Cerebrolysin.

Preparation has been proven to be efficient when used for: strokes and stroke complications, Alzheimer’s disease and other types of dementia, traumatic brain injuries, spinal cord injuries, ADHD in children, antidepressant-resistant depressions, and other cerebral diseases. 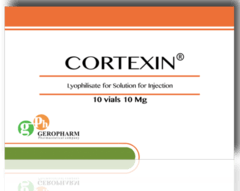 Its mechanism of action is attributed to the following effects: activation of neuronal peptides and neurotrophic cerebral factors; optimization of the metabolic balance of excitatory and inhibitory amino acids as well as dopamine and serotonin; GABAergic actions (reduction of the paroxysmal convulsive activity of the brain), improvement of its bioelectrical activity, and prevention of free radicals formation (products of lipid peroxidation). 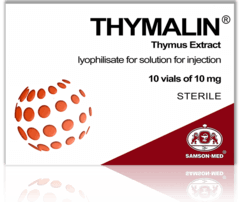 It is a polypeptide medicine containing an extract of cattle thymus. Thymalin is a natural physiological immunostimulant. The medication stabilizes the immune response and regulates the T and B cell ratio. Thymalin has a broader application scope. It can be used in case of immunosuppression of any origin and is compatible with antiviral medication.

When applied in accordance with the dosage regimen, the medication does not cause side reactions and is well tolerated. Thymalin produces a mild, natural physiological immunological effect without disturbing (over-stimulating) the immune response. The regeneration enhancement (the second component of the action of Thymalin) provides for better healing time with no side effects.

The use of Thymalin can significantly reduce the frequency of metastasis of malignant tumors by 2.3 times. 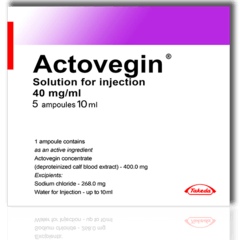 The preparation enhances aerobic oxidation, absorption of glucose, and oxygen uptake in tissue. For this reason, Actovegin has been used by athletes who wanted to speed up the recovery process and enhance physical performance and stamina. It is also a great drug to treat various sports injuries.

From a medical viewpoint, Actovegin has the following treatment applications: malfunction of the blood circulation and trophic disturbances in the brain; impairment of peripheral blood circulation and associated diseases; dermal transplants and acute and chronic wounds. The drug is a combination of various physiologically active ingredients. As a starting material, the blood of young calves less than 3 months is used.

One more interesting natural peptide drug is coming soon in our CosmicNootropic store: PROSTATILEN (Prostate Peptides). It is a medicine of animal origin aimed at treating prostate diseases. It has anti-inflammatory and prostatotropic effects. It helps treat edema, reduces the number of leukocytes in the prostate gland, stabilizes the secretion in epithelial cells, and stimulates the muscle tone in the bladder. It also improves the blood supply in the prostate gland by reducing blood clotting and prevents the development of thrombosis. The research also shows that Prostatilen can be used as part of complex therapy for treating male infertility, erectile dysfunction, and acute cystitis.

The development of synthetic peptides is also of high interest because it was found out that replacing only one amino acid in the structure of a peptide is capable of up to several times increasing its biological activity or changing its orientation. Moreover, synthetic peptides are often used in vaccine development.

Here is a list of the most popular preparations based on synthetic peptides.

Really famous Russian neuropeptide drug, a nootropic drug that is used in nasal spray and nasal drops form to improve cognitive functions and treat various medical conditions. By its structure, Semax is a fragment of endogenous neuropeptide ACTH. 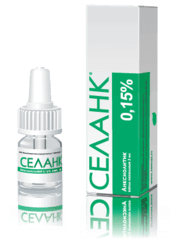 It is a triple-action peptide drug: protects against stress, restores nerve cells, and improves brain function. Based on the natural regulating peptide, tafcin.

Thymogen is used the best as part of complex therapy of acute and chronic viral and bacterial infections that are accompanied by weakened immunity. 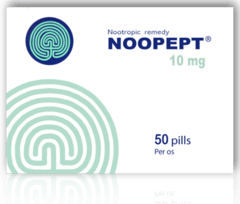 The unique Russian peptide nootropic drug. Its effect is based on the formation of active compound cyclopropyl glycine, which is naturally occurring in the brain. Noopept increases alpha/beta1 activity in all brain areas.

The preparation can be officially used both for healthy individuals, who want to optimize their mental performance and for the treatment of impaired memory formation, ADHD, emotionally labile disorders, various brain injuries, or asthenic disorders. The preparation also has antioxidant properties.

In addition to peptide drugs, there are also peptide supplements (of natural and artificial origin as well), which are not actually drugs, but an intestinal-soluble membrane protects against gastric juice, which allows the peptide to be delivered to the intestine, where it can be absorbed without splitting and then enter the brain. Three main groups of peptide supplements are: