In our CosmicNootropic store, we have one interesting product. It’s an immune stimulant called POLYOXIDONIUM ® (Azoximer Bromide). We even did a serious job of translating its pretty massive official drug sheet into English. Why do we find this product so interesting? 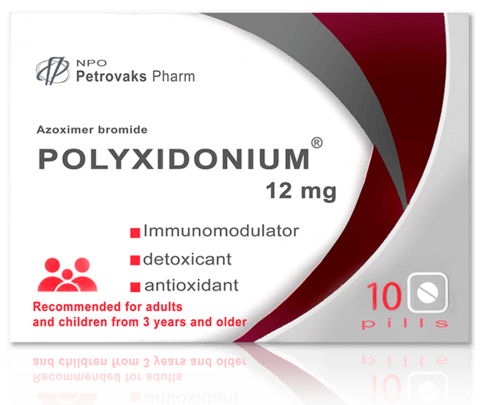 Polyoxidonium (Azoximer Bromide) has a complex effect on the treatment and prevention of acute and chronic infectious diseases of any etiology. The medicine has a rare combination of pharmacological effects: it activates immunity, removes toxins, charges the body with antioxidants. That’s why there is such a wide range of use for Polyoxidonium: prevention of ARI, ENT, pneumology, immunology, gynecology, and urology.

Moreover, Polyoxidonium had been included in various flu vaccines that were exported from Russia to other countries. At the same time, it is very safe.

Here are some strong sides of the preparation:

Polyoxidonium also has won some nice awards. Among them are:

To summarize, Polyoxidonium is an immunomodulator with detoxifying and antioxidant properties. It restores immunity and detoxifies, thus improving patients’ general condition as well as reducing the risk of developing complications. With proven efficiency and 100% safety, it is the №1 choice in complex treatment and prevention of acute respiratory viral infections!