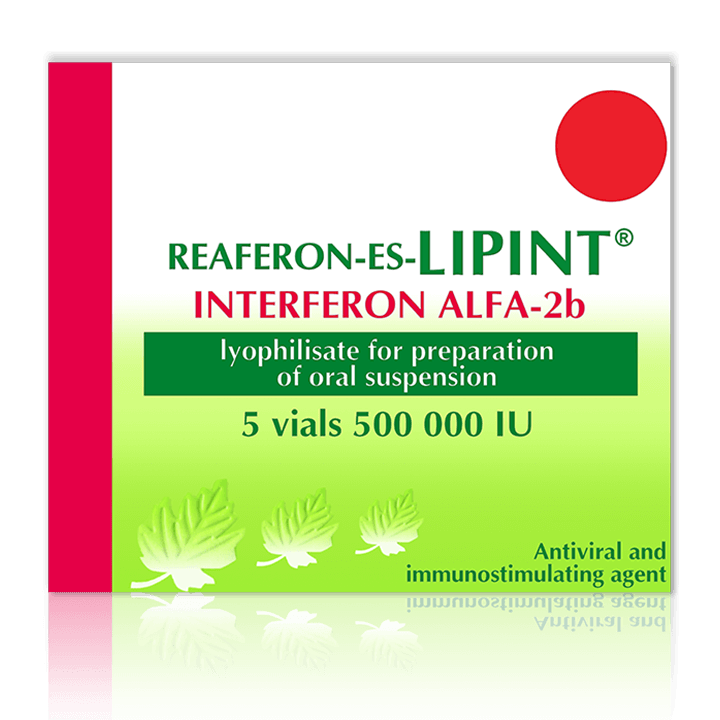 You can buy a variety of Interferon alfa-2b products from us with the fastest delivery! We offer them in injections, powder, suppositories, and nasal spray forms.

In CosmicNootropic store, we have several options of interferon alfa-2b preparations. In addition to Altevir Interferon Alfa-2b injections, we offer other forms of the drug. Namely, Reaferon powder, Viferon suppositories, and Grippferon nasal spray. Information about these forms is presented below.

Altevir comes in an injection form. The most effective way to administer interferons is said to be parenteral (intramuscular injections). In this mode of administration, the drug has the maximum effect and is almost completely absorbed by the body.

Reaferon-EС-Lipint is a liposome form of interferon. This means that interferon molecules are placed in small bioparticles called liposomes. This bio container protects interferon from destruction in the aggressive environment of the stomach and allows it to circulate in the blood and maintain its activity for a longer period of time.

Viferon was developed in the 1990s at the Gamaleya Research Institute of Epidemiology and Microbiology by a group of scientists led by prof. Malinovskaya. In 1998, the drug was registered.

Suppositories containing this substance can be used in both children and adults. Suppositories are prescribed for pregnant women from the 14th week of pregnancy. The drug has no restrictions on use during lactation. Buy Viferon (Interferon Alfa-2b Suppositories) for children who may be afraid of intramuscular injections.

In 2019, the drug received the Russian Pharma Awards (which is given upon the doctor survey) in the nomination “The most prescribed antiviral drug for the treatment of acute respiratory viral infections in children from the first days of life”.

Grippferon is a drug based on a highly active recombinant interferon alfa-2b (artificially produced); it has immunomodulating, anti-inflammatory, and antiviral properties.

The effects of interferon alfa-2b:

Very often: fever and weakness (these are dose-dependent and reversible reactions, disappear within 72 hours after a break in the treatment or its termination), chills, malaise.

On the part of the musculoskeletal system
Very often: myalgia; less often: arthralgia.

On the part of the cardiovascular system
Often: lowering blood pressure; rarely: tachycardia.

On the part of the hematopoietic system
Reversible leukopenia, granulocytopenia, decreased hemoglobin level, and thrombocytopenia.

Indications for use for Reaferon are similar to other interferon products. They include treatment and prophylactic of ARVI and flu.

Side effects were not observed when Reaferon was used in clinical settings. However, as it is an interferon product common side effects of interferon can occur such as:

Cases of overdose have not been observed. The occurrence of side effects can increase. The treatments if symptomatic.

The package includes 10 suppositories, each with 500 000 IU of Interferon Alfa-2b. The usual recommended dose is 500 000 IU two times per day for 5 days. This dose regimen should be used in cases of ARVI, pneumonia, flu, and bacterial diseases. Depending on the indication and the dynamic of the disease the therapy can be prolonged.

In cases of Hepatitis, the dose is higher and the regimen is different.

The indications for use include ARVI in children and adults, different viral and bacterial infections, chronic viral hepatitis B, C, and D as a part of combination therapy.

Side effects usually include different allergic reactions. These reactions are temporary and usually vanish within 72 hours after discontinuation.

The information on overdose is not available.

Grippferon is a 10 ml nasal spray bottle in the form of a clear colorless or light yellow solution.

Grippferon is approved for use during pregnancy and lactation.

Side effects are not registered.

Cases of overdose are not registered.

Co-administration of Grippferon with other nasal decongestants is not recommended as it can cause dry nose. It can be used in conjunction with vaccination.