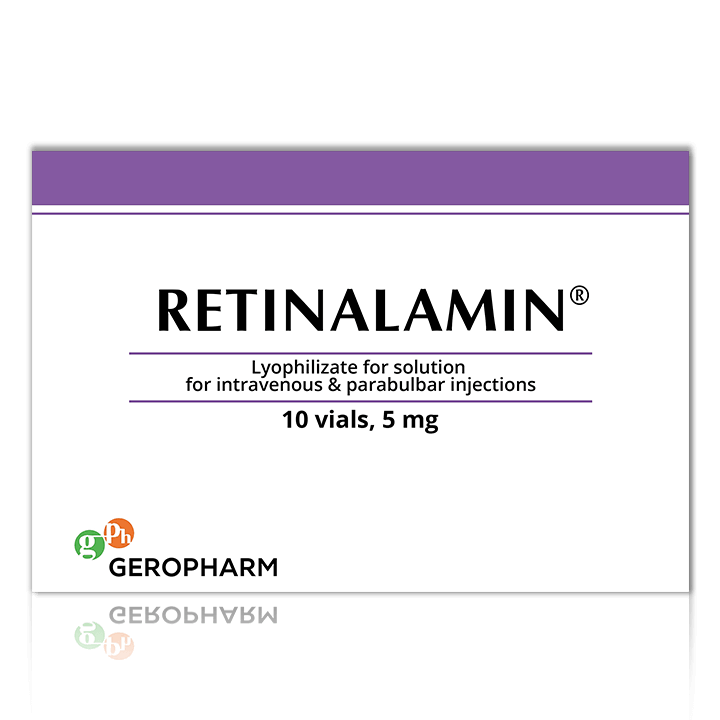 Retinoprotectors are agents that protect the retina from damage caused by exogenous and endogenous factors thus safeguarding eyesight from getting worse. The search for new retinoprotectors is a complex process that requires a combined effort of doctors, biologists, and pharmacologists. Peptide group of drugs deserves special attention. Their advantage lies in their tissue specificity, minor side effects, short duration of treatment, and long-term clinical effect.
Retinalamin is an example of a successful medical product that is based on the principles mentioned above. It is a drug with proven cellular and molecular effectiveness.

Retinal damages vary in causes and clinical picture. They are united by the concurrent death of retinal neurons because of pathological processes with similar molecular mechanisms. The main one is excitotoxicity which is caused by excessive activation of glutamate receptors and subsequent entry of calcium ions into a cell. Excess of calcium launches processes resulting in necrotic and apoptotic cell death. Retinalamin is a retinoprotector that produces a direct effect on the retina. It launches mechanisms of adaptation to pathological processes and regeneration of retinal neurons improving visual functions in case of glaucoma, diabetic retinopathy, and other eye disorders.

The first studies on the use of the group of drugs, which includes Retinalamin in ophthalmology were conducted in the early 1980s at the Department of Ophthalmology of the Military Medical Academy, thus they have been in use for more than 30 years. Modern experimental studies of Retinalamin are aimed at searching for alternative ways of administration that can facilitate the targeted drug delivery and create its depot at the optic nerve head.

The mechanism of action is determined by the metabolic activity of Retinalamin:

Buy Retinalamin as the treatment for the following diseases:

Produced by Geropharm, Russia. Read more about the producer in this blog post.

It is recommended to use the medicine only after a doctor’s examination and upon prescription. Administration of Retinalamin is carried out either intramuscularly or through the skin of the upper eyelid. The depth of injection is about 1 cm.

The drug should be diluted with 1-2 ml of sodium chloride liquid (0.9%). To prevent foaming, the needle should be pointed closer to the wall of the vial.

The dose and scheme of use depend on the disease and the condition of the patient. Please refer to the official description for detailed information on the drug administration.

Caution should be taken when driving vehicles and operating machinery during the treatment. Parabulbar injections must be carried out by a qualified medical worker. Always follow the description and your doctor’s recommendations. 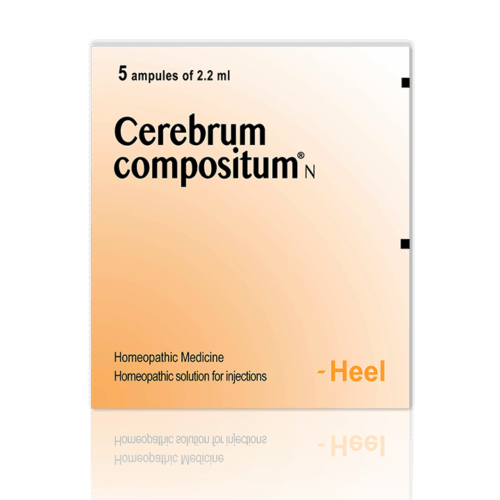 Cerebrum compositum is a multi-component homeopathic medicine intended to improve brain metabolism. It is useful as part of complex therapy of different types of encephalopathy as it stimulates immunity and cell regeneration. It helps enhance brain function and improve the overall body tone, performance and mood. The medicine is built up of more than 20В homeopathic animal, herbal and mineral components. 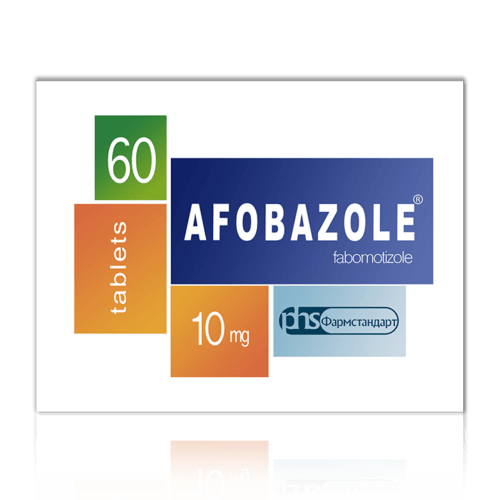