Tiolepta is an endogenous antioxidant that binds free radicals and stabilizes lipid and carbohydrate metabolism. Thioctic acid (alpha-lipoic acid), its main component, is an organosulfur compound derived from caprylic acid. It is an antioxidant that is widely used as a dietary supplement and as a pharmaceutical drug. Alpha-lipoic acid is most commonly used to treat diabetes and nerve-related symptoms of diabetes including burning, pain, and numbness in the legs and arms. Alpha-lipoic acid is used in the body to break down carbohydrates and to make energy for other organs. It helps prevent certain kinds of cell damage and also restores vitamin E and vitamin C levels.

Alpha-lipoic acid has hepatoprotective, lipid-lowering, hypocholesterolemic, and hypoglycemic properties. It lowers blood glucose by binding to the insulin receptor in the body which increases glucose utilization. Also, due to its antioxidant activity, alpha-lipoic acid is used to treat nerve damage due to uncontrolled blood sugar level that causes pain, tingling, or numbness over hands and feet (diabetic neuropathy).

Check other products from the Quit Addictions category!

To be administered orally on an empty stomach 30 mins before the first meal. You should wash down the pills. The dosage is 600 mg once a day. The duration of the treatment course should be prescribed by a doctor.

Generally, the drug is well tolerated. Overdose symptoms may include headache, nausea, and vomiting.

It is not recommended to co-administer alpha-lipoic acid with metal-containing drugs (iron, magnesium, and calcium medications) and milk because of its metal binding effect. The minimum interval is 2 hours.

The effect of alpha-lipoic acid is lowered by ethanol and its metabolites.

Store at a temperature not higher than 25°C (77°F) in the original package. Keep out of the reach of children.
Shelf life is 2 years for tablets, and 3 years for a solution.

Riboxin® (Inosine) is a metabolic agent, a precursor of adenosine triphosphate (ATP). Inosine which is an active substance of Riboxin is an important nucleoside with a metabolic effect in the myocardium. Riboxin takes part in glucose metabolism, improves digestion, and helps in liver and kidney diseases therapy including renal ischemia. Riboxin demonstrates antihypoxic and antiarrhythmic effects.

Hypoxen® is an adaptogen developed in the USSR. The active compound of Hypoxen is Sodium salt of (poly-(2,5-dihydroxy-phenylene))-4-thiosulfonic acid. Hypoxen was shown to have antihypoxic and antioxidant effects. It can be used by healthy people to improve performance in extreme situations or by athletes to improve physical performance. Off-label use of Hypoxen includes treatment of patients with addictive disorders. Fast US domestic shipping is available. 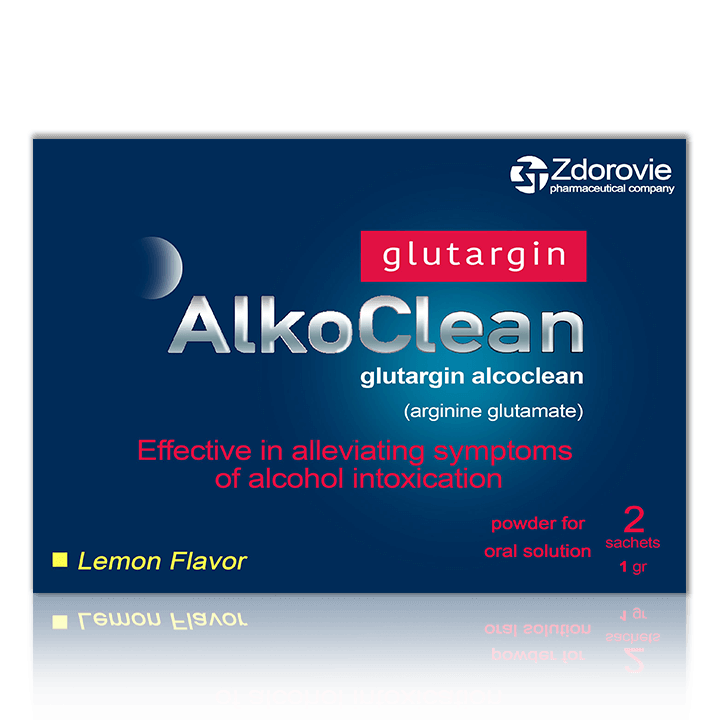 Glutargin Alkoclean® is a drug based on arginine and glutamic acid that is intended to increase metabolism. Glutargin Alkoclean has cytoprotective, antihypoxic, membrane stabilizing, antioxidant, detoxication, and antiradical effects. It is used for prevention and treatment of alcohol intoxication, lowering hepatotoxic effect of alcohol and as part of complex therapy of disorders caused by acute alcohol intoxication.