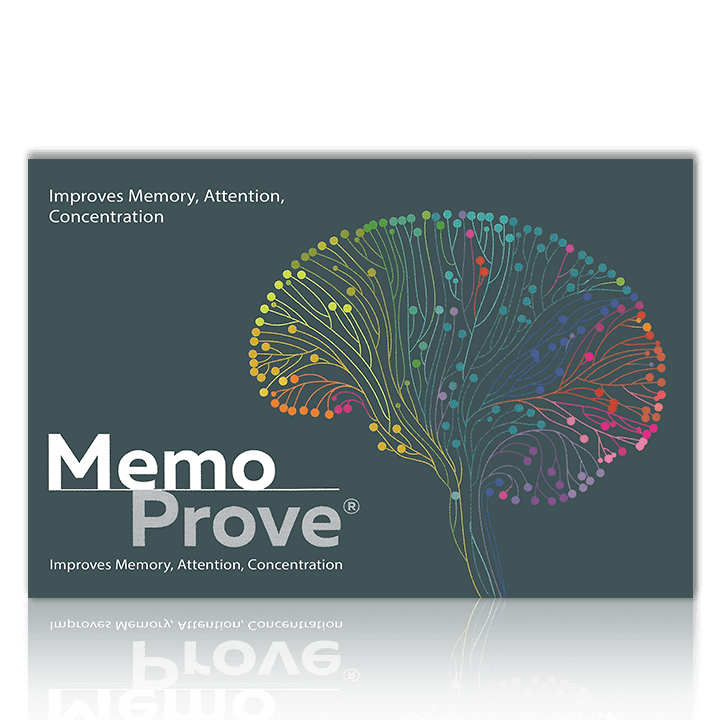 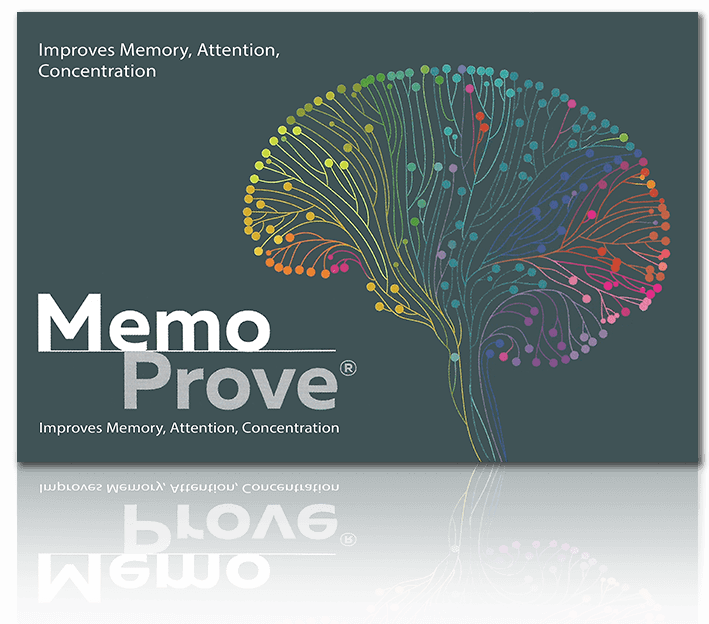 Buy MEMOPROVE – a proprietary blend of N-PEP 12 neuropeptides designed to improve cognitive performance from our store!

It has efficacy, confirmed by preclinical studies, as well as by the results of placebo-controlled studies in groups of volunteers. This mixture of neuropeptides is obtained by enzymatic hydrolysis of purified proteins of nerve cells in compliance with all the GMP standards, using technologies approved by representatives of the European healthcare system.

The mechanisms of action of Memoprove [N-pep 12] are implemented in two main directions:

These mechanisms make it possible to reduce and prevent the general damaging effect of various factors on nerve cells and its consequences in the form of cognitive decline.

The positive effect of the neuropeptides included in the MEMOPROVE complex on the cognitive function has been well demonstrated in a study on groups of healthy volunteers aged 40 and older. All the study participants had manifested age-associated memory impairments, which were assessed at the beginning and at the end of the study. N-PEP-12 was taken by the participants for 28 days. Еhe results showed an 8% improvement in memory in comparison with the initial data. During the entire study, no participant had any adverse reactions to the substance.

It has been reliably proven that MEMOPROVE:

MEMOPROVE has a favorable safety profile. There were no statistically significant differences in the incidence of adverse events between the groups receiving N-PEP-12® and placebo.

MEMOPROVE is the first and only scientifically developed patented mixture of neuropeptides (N-PEP-12) which acts similarly to NTP (neurotrophic factors) – regulatory proteins of the nervous tissue that determine the division, differentiation and survival of neurons in the process of their adaptation to external influences.

Adults, 1 tablet once a day, with meals. Course duration is 1 month. If necessary, the course can be repeated after 1-2 months.

Individual intolerance to the components of the product, lactase deficiency, pregnancy and breastfeeding. Consult your doctor before use.

Shelf life is 3 (three) years. Do not use it after the expiration date. Store in a dry place, out of the reach of children, at a temperature not exceeding 25°C (77°F).

MEMOPROVE does not contain caffeine or other psychostimulants, herbs, yeast, dairy products, artificial colors, sugar or preservatives. MEMOPROVE has no drug or food interactions.

CosmicNootropic Pill Box (for orders from Russia Only)