We’ve told you already about the producer of our most popular products, Semax and Selank, the company named PEPTOGEN. Let’s look into the history of the company’s rising in detail!

Here is the interview given by Tatyana Zubova the CEO of the company, special for investmoscow.ru.

Nasal drops against stroke? You may think that it’s impossible. And you would be wrong!

The Russian company Peptogen is based Strogino Technopark in Moscow and, according to Tatyana Zubova, it is the only company in the world that produces intranasal drugs that can restore brain function. 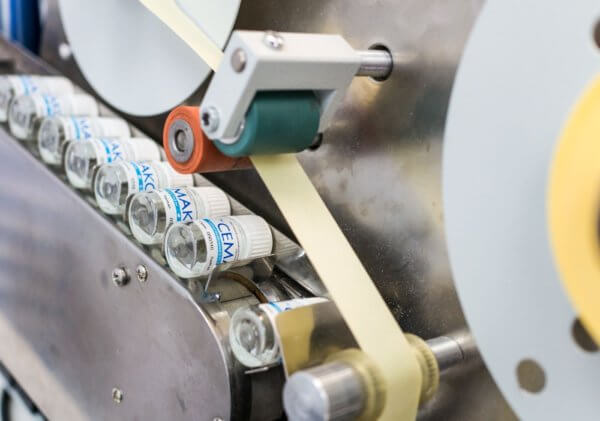 – Tatyana, tell us in more detail what makes your preparations unique?

– Our preparations are based not on chemical elements, but on natural peptides obtained synthetically. The human body is made up of amino acids that combine to form proteins. Peptides are not proteins yet, but rather long chains of amino acids. Our vital activity and all the most significant processes in the body are regulated with the participation of peptides.

Scientists have found that this ability of the body to self-regulate can be used for treatment of certain conditions. Scientific centers of the Soviet Union, including the Institute of Molecular Genetics (IMG) of the Russian Academy of Sciences, have been conducting research for decades, trying to synthesize a peptide molecule with a stable structure. They also tried to develop a mechanism for creating effective and safe drugs.

The uniqueness of such synthesized drugs is that they can be used at the earliest stage of the disease, block unhealthy reactions and enhance healthy ones, thus initiating self-healing processes. Peptide preparations, unlike conventional medicines, have individual effect. Depending on the initial state of one’s body, they trigger the reactions that are necessary for this particular person. They are highly effective in small doses, have a long-term effect, and noticeable aftereffects. There are no significant side effects or the danger of overdose: the body perceives artificially created peptides as its own. So the excess of the peptide drug is easily split into individual amino acids and removed. As for the conventional drugs, unfortunately, their effectiveness is often proportional to the severity of their side effects.

One of the first Russian peptide drugs, Semax 0.1%, was created by IMG in collaboration with the Faculty of Biology of the Lomonosov Moscow State University. The drug was intended to improve the mental performance of healthy people. Today we produce Semax in two dosages, 1% and 0.1%. Semax 1% is used in neurology for the stroke treatment.

The uniqueness of Semax lies in the way the medicine is administered – nasal drops. Our brain is surrounded by a blood-brain barrier that prevents blood from contacting brain tissue directly. As a result, for the overwhelming amount of drugs, the pathway to the brain is closed or at least obstructed. First, one needs to inject very large doses of the drug. Secondly, drugs need a long time to accumulate in the body. Therefore, any treatment of neurological diseases is long and expensive. Our preparations have a ‘central’ effect, which means that they affect the body through the brain, and it is important that the drug gets to the brain as quickly as possible (the peptide’s lifespan is short). Absorbed from the nasal mucosa, the drug quickly penetrates imto the brain even with ischemia of the brain tissue, when the blood flow is disturbed by blood clots and the delivery of conventional drugs to the affected area is difficult. Neither intramuscular nor intravenous routes of administration, nor tablets will give such an effect. Our peptides trigger repair responses in the brain within minutes. Semax 1%, if administered early during a stroke, can even stop its development. Due to this, the risk of disability and mortality is significantly reduced. 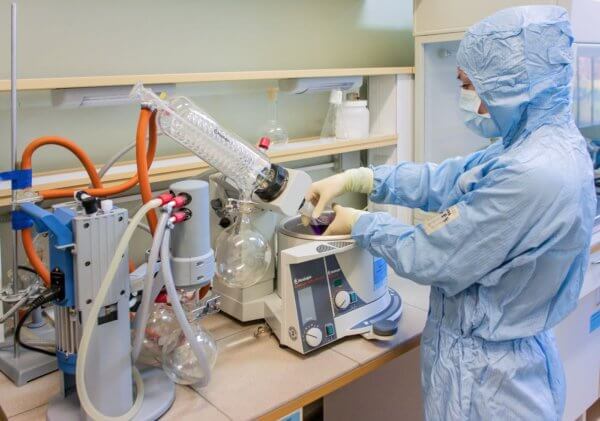 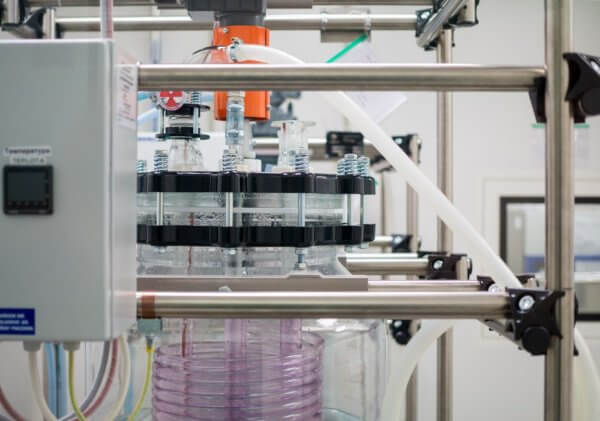 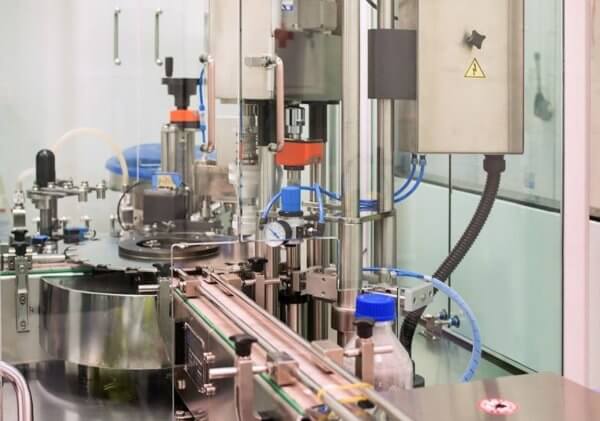 Semax with a dosage of 0.1% is used in ophthalmology, neurology, pediatrics. It is used to recover from a stroke, anesthesia, head injuries, chronic disorders of cerebral circulations, as well as to prevent mental fatigue during difficult work and stress. Semax 0.1% acts directly on nerve cells, increasing the density and quality of connections between them and protecting them from adverse factors. Healthy people use it to improve attention, memory, performance. In pediatrics, the drug has shown good results in the treatment of attention deficit hyperactivity disorder. The treatment gives a lasting result, since nerve cells increase their functionality. The drug is also effective in the treatment of a number of ophthalmic diseases: it is able to slow down or even completely stop the process of cell death in ischemic lesions of the retina and optic nerve, which often lead to blindness.

– Is Semax the only drug produced by the company?

– Another product of ours is Selank. It is developed by the IMG and the Research Institute of Pharmacology named after V. V. Zakusov. It is also a unique drug, that is used in psychiatry and neurology to treat stress, depression, and also for prophylactic purposes. During stress and depression, biochemical disorders occur in the emotiogenic zones of the brain, which cannot be easily restored. All peptide preparations that we deal with have one unique property – they have a normalizing effect. This means that for each specific organism, they act exactly to the extent necessary and exactly in the place where it’s needed. This is especially pronounced in Selank. This drug can be used in any depressive, stressful, and depressive-anxiety states when the choice of the therapy is very difficult because it is unclear whether to increase or to decrease serotonin, norepinephrine, and dopamine and for how much. In such conditions, therapy is long-term and has a huge number of side effects. This is not the case with Selank: it enters the body and completes the biochemical processes to the required level. At the same time, the intranasal form provides high speed and efficiency. And no serious side effects. 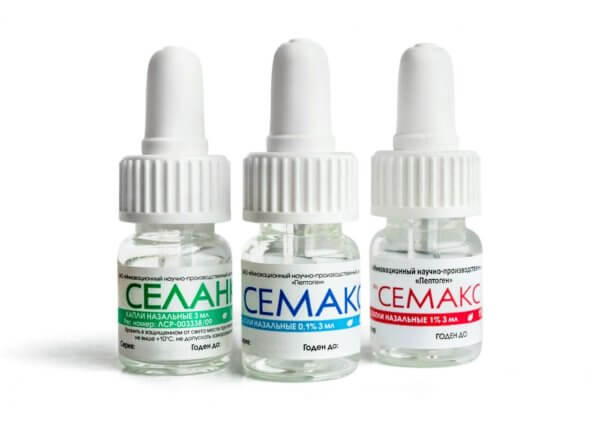 – Tell us about the Peptogen company itself. When was it founded? How many employees do you have? Why is the production located in a technopark?

– The Peptogen company was founded in 2005. The purpose of its creation was the commercialization of scientific developments of the IMG RAS. The fact is that the drug Semax was registered back in the mid-90s, but did not receive much distribution then, although it successfully passed all clinical trials. The Peptogen company was created just to bring the preparation to the market and present it for active use in clinical practice. Initially, the production was established on the basis of the Institute of Molecular Genetics. In 2013, when the sales market was already expanded, we moved to the Strogino Technopark. The production facility was built here in accordance with all GMP standards, and production began. The grand opening took place on August 12, 2014, in the presence of Moscow Mayor, Sergey Sobyanin. The facility is capable of producing up to 4 million bottles per year. In the future, we plan to produce new peptide preparations at this site as well.

Why technopark? First of all, stability. We could not afford the construction of a separate production facility and came to realize that the technopark was a reliable partner.

Of course, the technopark was attractive because of its quite reasonable rental fee. Moreover, there are some tax benefits provided by the Moscow Government to anchor residents. Also, the infrastructure: everything here corresponds to our goals. There is an image aspect as well: when you are an anchor resident of the technopark, you are perceived as a serious partner in the market. After all, companies based in technoparks have passed expert sessions, and the Moscow Government believes in us. This is a certain indicator of a company. We also participate in major pharmaceutical exhibitions under the brand “Made in Moscow”. We are going to use a subsidy for the purchase of additional equipment. So, we believe that there are many benefits to being a resident for our purposes.

Our company is small, we are a small business entity. Due to high R&D intensity of our production, it does not require a large staff. We have grown: production volumes have increased significantly over the period of our stay in the technopark. So we’re going to expand when additional areas open in the technopark. 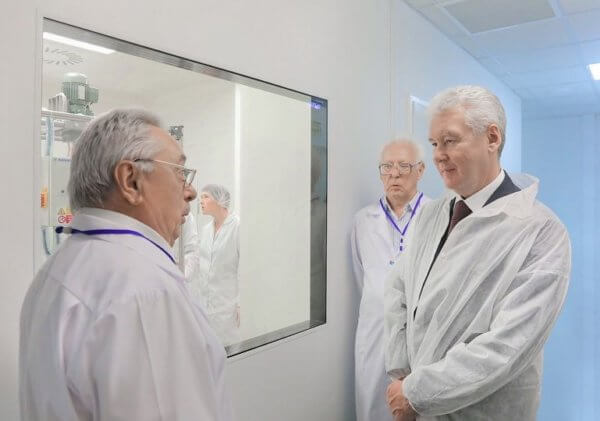 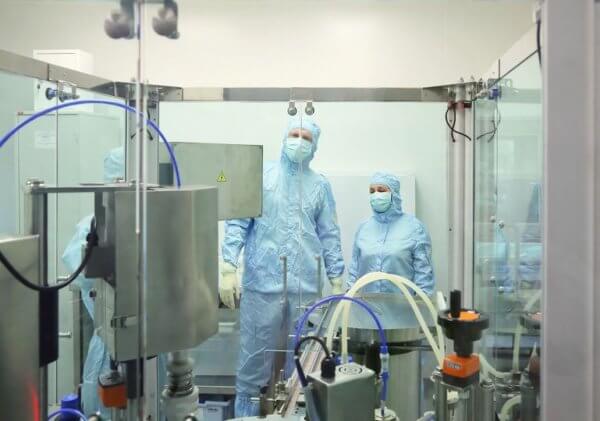 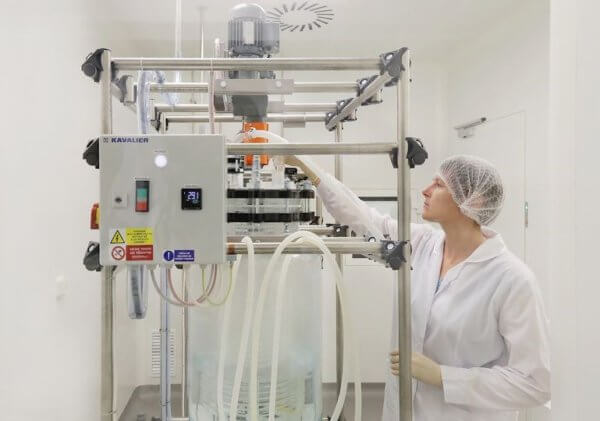 – What are your sales markets?

– Our sales market is almost all of Russia. Federal healthcare institutions work with us, and our medicines are well purchased in the regions. I think that sooner or later we will enter the countries of the Eurasian Economic Union. The drugs themselves are fairly well known in the post-Soviet space.

Our products are the first in their class. This means that we do not offer an improved molecule, that everyone already knows about and understands its properties, but we offer a new method of treatment, so we need to convince specialists that the drug is good and effective. And healthcare workers are extremely conservative. So, the traditions of stroke treatment are changing very slowly. We are pioneers to a certain extent since we bring information about peptide drugs to the medical community. The method of administration, such a high efficiency in small doses, and a wide spectrum of action are unusual for doctors. They are used to prescribing several drugs: each of them will have a beneficial effect and, in total, all together they will contribute to the recovery. And we offer a range of properties of all these drugs in just one drop.

We are working to expand the use of our drugs in practice. We cooperate with national distributors. And we know that doctors who once started using our products in sufficient quantities, never renounce as they see a real effect. 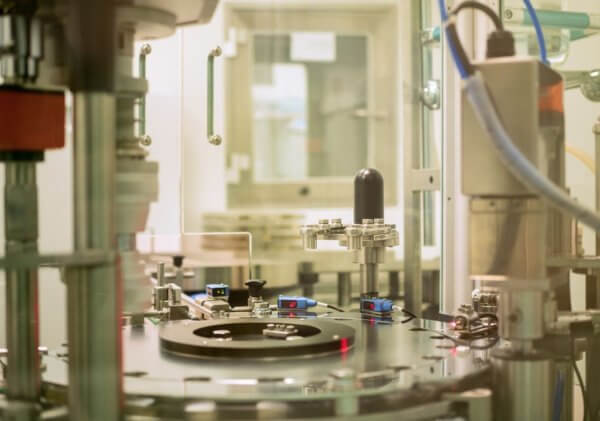 – What pharmaceutical innovations will Peptogen present in the near future?

– Improving brain activity is not the only task that can be solved with the help of peptides. Research is going on. We have recently completed the first phase of clinical trials of a peptide drug for the treatment of lipid metabolism disorders (obesity). We’ve also conducted preclinical trials of the peptide for the treatment of diabetic retinopathy, and now we are preparing a dossier for permission to conduct the first phase of clinical trials. In addition, we’ve released an experimental batch of a generic of the Western peptide drug “Protirelin”, which has an anti-stress effect and is used to treat alcoholism and drug addiction.

We can say with confidence that a new stage in the development of pharmacology is coming, and it’s associated with peptide drugs, which in their effectiveness and safety are incomparable with conventional drugs. I would like our country to be a leader in this direction in the future. There is a solid background for this.