Evalar is a pharmaceutical company that is a producer of the most popular nootropic preparation called GLYCINE FORTE. In this post, we are going to tell you what we know about the company, which is considered to be one of the strongest in the Russian market.

The company Evalar was founded in 1991 by Larisa Prokopyeva, a senior research fellow of Federal Research and Production Center “Altai”. A year later, the company registered the first patent for industrial technology for processing Altai mumijo. In 1995, the pharmacy chain was launched over the Altai region, which is one of the most popular ones in Russia today. Evalar also has its own plantations in the ecologically clean foothills of the Altai, so it’s the first company in Russia that implements the full production cycle from growing natural raw materials to packaging drugs.

The Evalar company is a recognized expert in the field of herbal medicine and nutrition. In the assortment portfolio of the Evalar company there are more than 300 names of drugs and dietary supplements of various forms of release: tablets, capsules, tinctures, drops, water-soluble drinks in sachets, teas in filter bags, oils, cosmetics in tubes.

Since 2014, the company has opened offices in Miami, Sydney, Paris, and Bratislava. 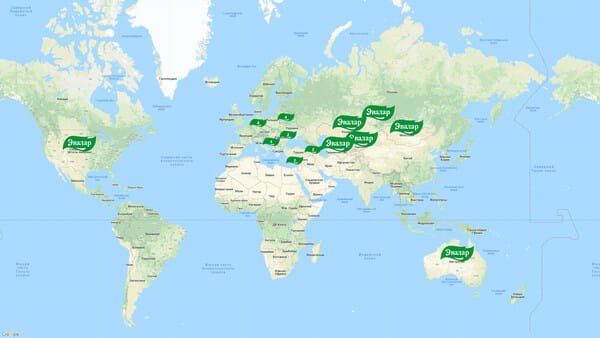 The company has all the necessary certificates confirming the high quality of production. Among them are: 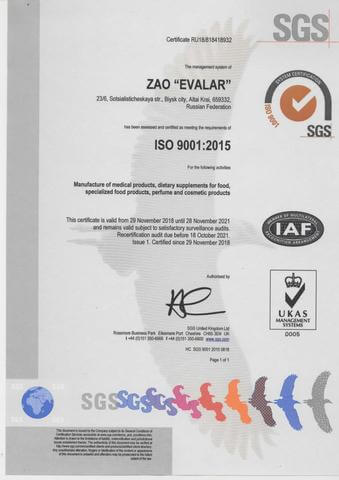 The Evalar company is a multiple winner of the title “Brand No. 1 in Russia”. It also has been three times awarded the “Health Idea” National Award as “Best Manufacturer of the Year” among Russian and foreign companies producing natural products (dietary supplements), and has won many other awards and premiums. The company is a key member of the Altai Biopharmaceutical Cluster, a member of the industry organization Non-profit partnership of manufacturers of biologically active food supplements, therapeutic and preventive nutrition.