Sources of Choline, the Acetylcholine Precursor

Choline is one of the most important nutrients for healthy brain function. In fact, it is a precursor to the neurotransmitter acetylcholine, which is the main neurotransmitter in the parasympathetic nervous system. Acetylcholine plays a crucial role in such processes as learning and memory. Thus, negative changes in the metabolism of acetylcholine can lead to dysfunction of the brain. For example, a lack of acetylcholine largely determines the clinical picture of such a dangerous neurodegenerative disease as Alzheimer’s disease. Moreover, choline and acetylcholine levels are often viewed as biomarkers of long-term cognitive health. 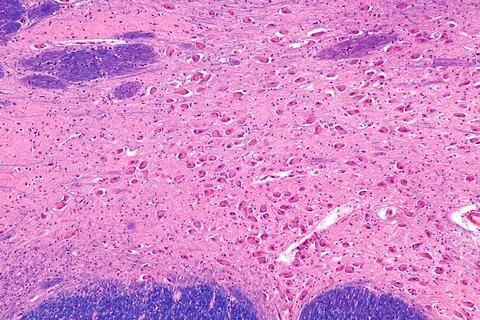 In the picture: the nucleus basalis (of Meynert), which produces acetylcholine in the CNS.

Choline Bitartrate is the simplest form of supplementary choline. Despite it is easy to use to produce choline supplements, it doesn’t appear to be effective, since it doesn’t cross the blood-brain barrier very well, which is of high importance in the case of the human brain. It means that it’s good to use choline bitartrate to increase the level of choline in the body (e.g., for improving muscular activity, since acetylcholine performs neuromuscular transmission), but not for improving cognition function.

Alpha-Glycerylphosphorylcholine (GPC) is one of the natural physiological precursors of acetylcholine. In 100 mg of alpha-GPC, there is 40 mg of choline, and that is a noticeable amount for the substance which is able to get through the blood-brain barrier. Actually, we can find it in some food (such as red meat), but only if we are talking about small amounts of the substance: it’s definitely not enough to get some really good effects in terms of cognitive brain function. What about alpha-GPC containing drugs, they appear to be highly effective cognitive dysfunction drugs with the largest evidence base among all choline precursors.

Citicoline is also known as CDP-Choline, or cytidine diphosphate-choline. Despite the fact that there is just 18 mg of choline per 100 mg of citicoline, the substance is also a cytidine supplier. So, it delivers the precursor to the nootropic compound uridine. Both cytidine and uridine are from among the five main nucleosides, and the part of RNA. Uridine promotes the formation of cell membranes in the nervous tissue and the creation of neural synapses. Together, choline and uridine affect the functioning of the nerve cells of the brain more effectively. In practical medicine, the use of the complex of uridine with choline may play a positive role in the treatment of neurological diseases.

What do we offer?

Bearing in mind all the above, we decided to present in our store only the most effective drugs, containing alpha-GPC and citicoline. Check these in our store: CERETON ® [Alpha-GPC] and CERAXON ® [Recognan, CDP-Choline]. Click to see all the options! 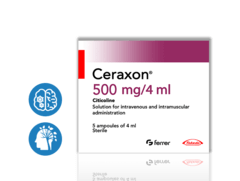