Undercover: Structural Analogs of Vitamin B6 in Russia and CIS countries

What is Vitamin B6?

Vitamin B6 is the collective name of 3-hydroxy-2-methylpyridine derivatives. These are pyridoxine, pyridoxal, pyridoxamine, and their phosphates, among which pyridoxal phosphate is the most important. It participates in many aspects of macro-metabolism, the synthesis of neurotransmitters (serotonin, dopamine, adrenaline, norepinephrine, GABA) and histamine, hemoglobin synthesis and function, lipid synthesis, gluconeogenesis, gene expression. The phosphates are formed in the human body from the three substances mentioned above, and they also can be obtained through food (mostly, meat). 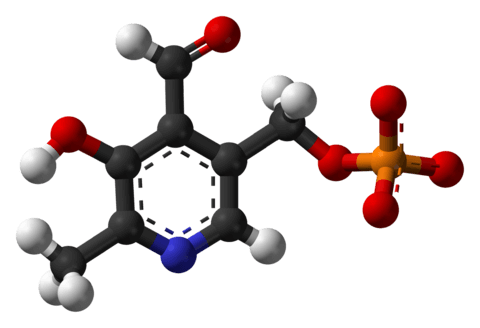 The compounds of vitamin the B6 group take part in

They also have cholesterol-lowering and lipotropic effects.

The first signs of vitamin B6 deficiency are increased fatigue, depressed state, hair loss, angular cheilitis, circulatory disorders, numbness of the limbs, arthritis, muscle weakness. Moreover, today we know that the violation of free-radical processes regulation systems in the body can lead to the development of various pathological conditions, such as hypoxia, atherosclerosis, stress, etc.

In Russia and CIS countries

In Russia and CIS countries, derivatives of 3-oxypyridine are used – they are structural analogs of compounds of the vitamin B6 group. They are shown to have antioxidant and antiradical properties, and this is important in terms of pharmacological correction of free-radical oxidation.

There are many drugs based on 3-oxypiridine which have successfully passed clinical trials, and now they are introduced into medical practice. There are three main groups (based on the active substance):

Recently we added one more preparation: ETHOXIDOL. It is a combination drug that inhibits free radical processes and has antioxidant, membrane-protective, anti-hypoxic, nootropic, anti-convulsant, anxiolytic and stress-protective effects. 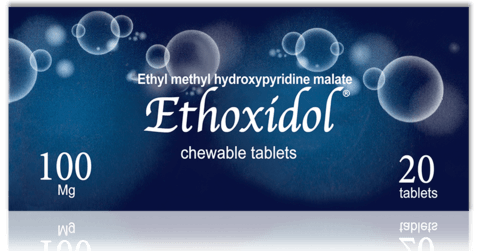 Ethoxidol increases resistance towards various damaging factors, as well as pathological conditions such as shock, hypoxia, ischemia, cerebrovascular accidents, and intoxication with alcohol and antipsychotics (neuroleptics). It also improves brain metabolism, brain blood supply, microcirculation, and blood’s rheological properties. All these effects are similar to the ones which Mexidol has, except one thing: Ethoxidol is more potent in terms of cardiac antiarrhythmic effects.

One more nice thing is that the drug is available in the form of chewable tablets with a taste of orange!